It is the law

Of all the distractions ensnaring drivers, texting is the one that's raising the greatest ire among safety researchers, industry critics, auto companies and federal and state regulators. Texting is taking lives, and that's provoking national outrage and promulgating new laws and safety campaigns

Don't tailgate: Crowding the car ahead of you makes it more likely you'll smash into it if the driver should suddenly brake. Modern safety devices such as anti-lock brakes and traction control don't trump physics. Obey the three second rule: Every driver should know and heed the three second rule: When the vehicle ahead of you passes a fixed object (such as a tree or telephone pole) slowly count "one thousand, two one thousand, three one thousand." If you reach the object before completing the count, you're following too closely. Double your following distance (to six seconds) in poor weather. Use turn signals: Failing to signal your intentions to other motorists is always dangerous -- as well as discourteous. Other motorists are not psychic; they can't guess that you are planning on making a right turn -- or about to move into the next lane. Signaling is especially important for the safety of motorcyclists, bicyclists and pedestrians, too. If they are in your blind spot and you just assume no one's there and execute a maneuver without signaling first, these folks will get no advance warning -- and will suffer the most if you strike them. Don't impede the flow of traffic: Driving too slowly can be more dangerous than driving a little faster than the posted limit. In a high-density situation, with many others vehicles sharing the road, a dawdler creates what amounts to a rolling roadblock. Traffic snarls; motorists jockey for position -- the smooth flow of cars is interrupted. Try to drive with the flow of traffic -- and if the car behind you clearly wishes to go faster, the best thing to do is let it get by, whether you are "doing the limit" already or not. The other driver may have an emergency you are unaware of -- and in any event, it is simply safer and more courteous to yield to faster-moving traffic. Leave enforcement of speed limits to the police. Maintain appropriate speed: Speed, as such, doesn't kill. If it did, airliners traveling at 500 mph would have the highest accident/fatality rates of any form of transportation. But air travel is in fact much safer than driving -- and few cars travel at 500 mph. The problem is inappropriate speed. For example, while it may be perfectly legal to drive 65 mph on the highway, if you don't slow down when it's raining heavily (or snowing) and your visibility as well as your car's stopping ability are reduced -- you increase your chances of having an accident. Similarly, if you are driving an unfamiliar road, especially a country road with many blind curves, you may not be able to negotiate the road at the same speed a local might with equal safety. Use your judgment -- and adjust speed to match conditions and your comfort level. Plan ahead/use your mirrors: Anticipate the need to brake or make lane changes, etc. by constantly scanning your driving environment and watching the actions of other drivers, pedestrians and so on. This way, it's less likely you'll need to jam on the brakes -- or make sudden steering changes -- to avoid problems. The best drivers always maintain "situational awareness" -- where other cars are in relation to their vehicle, what's coming up ahead -- and what's happening on either side of them and behind them. Use your mirrors -- frequently. Drive within your limits, the limits set by conditions and the limits of your vehicle: SUV'sare not as equipped as sporty cars to travel safely at higher speeds -- and sporty cars tend to get skittish much more readily when it snows. Older vehicles lacking modern tires or traction/stability enhancers don't have the same built-in edge as late model cars with those features. You'll need more time to slow down safely; the older car will also go into a skid with less provocation than a newer car equipped with an electronic stability aid. Don't drive faster than you -- or your vehicle -- can drive safely, with ample "cushion" of time and space to make corrections and react to changing conditions and other

Almost all of us make them, so here's a list of some of the most common and dangerous mistakes witnessed on the road: Pushing Buttons Car companies and their suppliers jump through lawyers' hoops when developing central information consoles that can include satellite navigation, stereo controls and climate gauges. And with good reason. Tweaking these devices while driving is a leading cause of accidents and near misses, according to Drive for Life, the National Safe Driving Test and Initiative. Most new consoles won't allow you to plug directions into a sat-nav while the car is in gear, but almost all allow you to play with the stereo. Try to do this when stationary, at traffic lights if you must. Aggressive Driving Aggressive driving is a factor in about 56 percent of fatal crashes, says the latest study on driving habits from the Surface Transportation Policy Partnership. Though subject to debate, the study has classified aggressive driving as "speeding, tailgating, failing to yield, weaving in and out of traffic, passing on the right, making improper and unsafe lane changes and running stop signs and red lights." The group says that most drivers admit to making the same mistakes they hate to see other drivers commit. Mobile Devices As a group, teenagers are more likely than most to take their eyes off the road to concentrate on mobile devices, including cell phones, iPods and instant messaging gadgets. They are also the age group most likely to impress their friends both with the latest in gadgetry and by taking risks behind the wheel. The National Safety Council points out that traffic crashes are the leading cause of fatalities in teens, accounting for 44 percent of deaths. Connecticut, New Jersey, New York and Washington, D.C. have banned the use of hand-held cell phones while driving. California is scheduled to ban their use by July 2008. Another side effect of the ever-changing technology? Shorter attention spans, which isn't the ideal trait of conscientious drivers. Driving While Upset That happens to all of us. Don't get in your car if you are upset. Don't fight with other drivers. Other situations that inevitably distract from good driving habits are fighting over maps and directions or looking for a free parking space. Try to pull over if you feel your concentration is not fully on the road and take a walk to cool off. As a married man who's terrible at reading maps and spotting parking spaces. 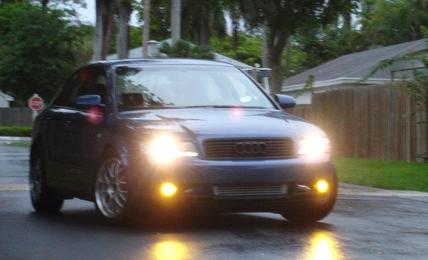 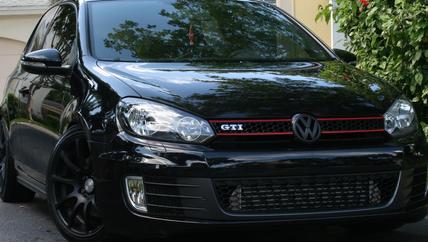